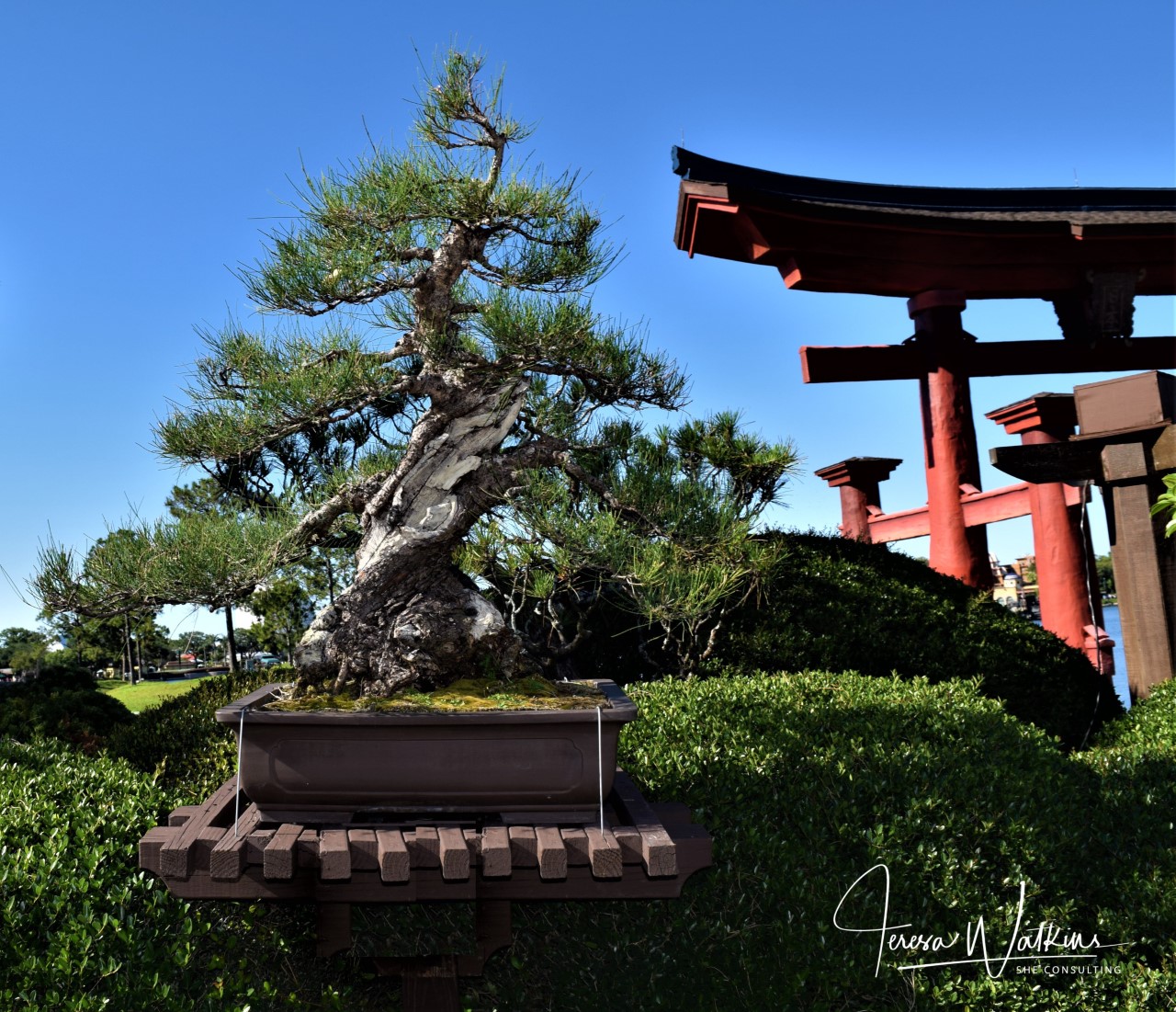 Bonsai (which is Japanese for 'tray planting', is a Japanese version of the traditional Chinese art penjing or penzai. Unlike penjing, which utilizes traditional techniques to produce entirely natural scenery in small pots that mimic the grandiose shapes of real life scenery, the Japanese "bonsai" only attempts to produce small trees that mimic the shape of real life trees. Bonsai was during the Tang dynasty, when penjing was at its height, that the art was first introduced in Japan.

"the term Bonsai should be reserved for plants that are grown in shallow containers following the precise tenets of bonsai pruning and training, resulting in an artful miniature replica of a full-grown tree in nature."[3] In the most restrictive sense, "bonsai" refers to miniaturized, container-grown trees adhering to Japanese tradition and principles.

Purposes of bonsai are primarily contemplation for the viewer, and the pleasant exercise of effort and ingenuity for the grower. By contrast with other plant cultivation practices, bonsai is not intended for production of food or for medicine.

Instead, bonsai practice focuses on long-term cultivation and shaping of one or more small trees growing in a container.

A bonsai display presents one or more bonsai specimens in a way that allows a viewer to see all the important features of the bonsai from the most advantageous position. That position emphasizes the bonsai's defined "front", which is designed into all bonsai. It places the bonsai at a height that allows the viewer to imagine the bonsai as a full-size tree seen from a distance, siting the bonsai neither so low that the viewer appears to be hovering in the sky above it nor so high that the viewer appears to be looking up at the tree from beneath the ground. Noted bonsai writer Peter Adams recommends that bonsai be shown as if "in an art gallery: at the right height; in isolation; against a plain background, devoid of all redundancies such as labels and vulgar little accessories."

Ways to Celebrate Gardening in May!